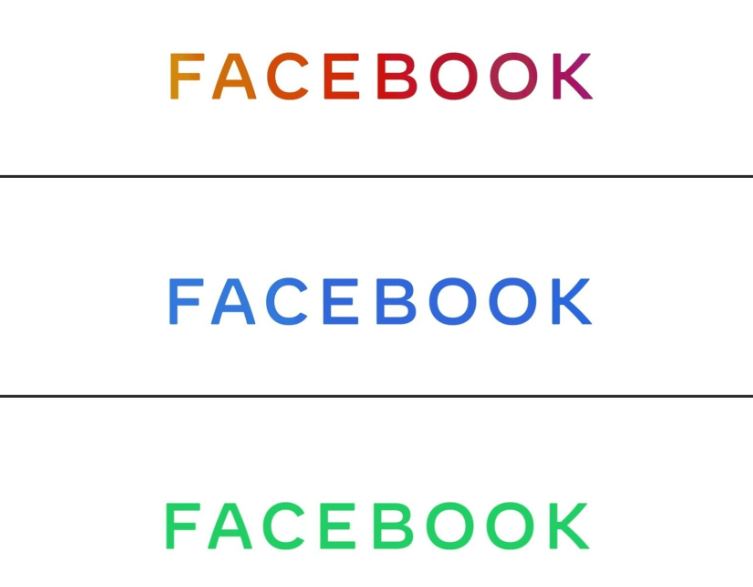 Facebook has come with a new logo that accommodates other apps such as Instagram and WhatsApp. However, the new change won’t affect the logo of the social media network ‘facebook’ but is applicable for the parent company Facebook.

The social media giant announced on Monday that the new branding will have a corporate logo with the name spelled out in a different font than the current one. It will change its color based on the context. For instance, if someone is using WhatsApp, the logo will automatically adopt the green color which is associated with the app.

The new move is speculated to remind people that Facebook owns both social network and messaging services. So far as the new branding is “designed for clarity, and uses custom typography and capitalization to create a visual distinction between the company and app,” said Antonio Lucio, Facebook’s chief marketing officer, in a blog post.

In the blog post titled ‘Introducing Our New Company Brand’, Lucio said updating the company branding “to be clearer about the products that come from Facebook.” “People should know which companies make the products they use,” he added. As per the report of Bloomberg, Lucio said in an interview that they gave a thought to changing the name to distinguish the parent company from its social network but gave up later.

The company began to use “from Facebook” within all of its apps since June. The social media company said that they would start using the new brand within its products and marketing materials, including a new company website. Facebook is also working to make people send messages across its messaging apps such as Facebook Messenger, Instagram direct message and WhatsApp without switching them.

Meanwhile, many people have skeptical views about Facebook’s new branding. Currently, the company has been facing antitrust and anti-competition inquiries.  Last month, it was reported that 47 state attorneys general are investigating Facebook regarding anti-competitive practices.